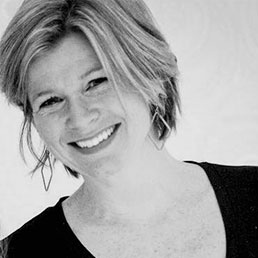 Jenn began dancing as a young child and has studied and taught many forms of dance. She has a foundation in classical ballet from the School of Dance in Ottawa and l’Ecole supérieure de danse in Montreal.

In the early 2000s, Jenn discovered Fletcher Pilates through Jacqueline Ethier, and quickly knew this was a missing piece for her. She became an avid student, noticing that Pilates relieved chronic pain, toned and strengthened her body and improved her dance technique. Over time, she began to appreciate that Pilates was a way to care for herself while balancing the demands of motherhood and a career in the public service.

In 2018, Jenn completed the Fletcher Pilates® Comprehensive Program with Jacqueline as her teacher and mentor, and in 2019 she achieved a long-time goal of becoming a  Fletcher Pilates Qualified Teacher , following testing in Tucson, Arizona.

As a teacher at Pilates Space, Jenn loves to help her clients condition their own bodies to do everything they want to do, whether that’s run marathons, play on the floor with their grandchildren, feel like a million bucks or dance their hearts out.